Happy Halloween! With the spooky season in full flow, brands around the world have spent the past few months planning creative campaigns to promote themselves with a seasonal twist. Often, the best inspiration comes from the past, and many brands have successfully ran Halloween-based campaigns via social media in recent years. Below is a list of successful Halloween-based activations that sports brands can look towards as examples.

A great example of a Halloween-based activation comes from one of the best teams that the Premier League has to offer. In 2016, Manchester City ran a contest which involved finding a carved pumpkin to win tickets to a future match.

Find our #citypumpkin and win tickets to #cityvwatford and more!

Beyond a creative, Halloween-based activation, this idea also highlights the importance of fan engagement in marketing. Putting fans at the forefront of your activations will ensure that they are more likely to respond positively.

Last year, Fanta planned an elaborate campaign for the Halloween season and did not disappoint. Some facets of their campaign included a partnership with Snapchat and spooky-themed graphics on their cans. 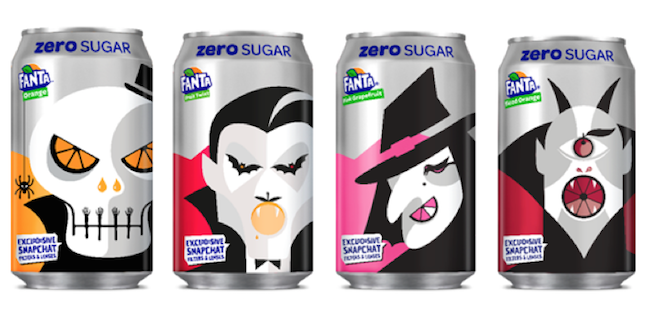 Considering that Fanta has identified their target market as 16-19 year olds, the partnership with Snapchat was a particularly effective way of doing this, especially with creative season-themed face filters. Additionally, their temporary change to spookier cans are a fun, creative way to earn more brand attention.

Sometimes, the best campaigns can be based on culture, and Topshop’s 2017 Halloween campaign took full advantage of that. The holiday fell right around the season premiere of Netflix’s smash hit Stranger Things, and Topshop released an entire clothing collection based upon the series.

Topshop even transformed some stores into themed set pieces from the show, making customers enjoy the experience while getting to look like the characters. This is a particularly creative example of how the Halloween season can be paired with other parts of pop culture for a marketing campaign. Topshop did an effective job in combining the Halloween season with a popular show to create a successful activation.

LG sure gave some lift users a fright in their 2012 Halloween campaign! As seen in this video, they replaced the floor of a lift with their IBS monitors, which proceeded to show the floor falling beneath their feet in a frighteningly realistic fashion.

This creative campaign perfectly captured the spookiness of the Halloween season—and it showed that LG’s monitors were pretty impressive, too.

This video of DisneyWorld being transformed into its Halloween theme got several millions of views online. It was an interesting concept with a successful outcome: oftentimes, people are compelled by what goes on behind the scenes of a big operation. It was the case for Disney, and in an industry such as sports, it may also be successful. 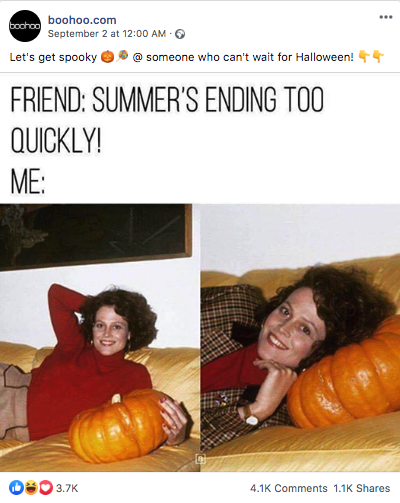 The trend of brands using memes and other forms of internet humour is hardly a new concept. Applying this concept towards a Halloween theme can also lead to positive exposure for your brand, both in the sports world and otherwise. In the world of digital, sometimes the best ideas are the ones that get people to stop scrolling and look. This idea poses a perfect opportunity for that.

These are all examples of successful Halloween activations. A couple of common themes come out: strong visuals, partnerships, connections to pop culture, etc. But the most important theme in each one is creativity. As you brainstorm your activation ideas for Halloween, don’t be afraid to try new things in a number of new ways. It may be a spooky time of the year, but don’t let that deter you–use it to your advantage!

Snack Media has an impressive history in delivering successful activation brand campaigns, working with the likes of Ford, Europcar, BT Sport, GAME, Panini and many more. To find out how Snack Media can help your brand reach 30 million sports fans, calum@snack-media.com.

Sports clubs around the world enjoy some April Fools’ fun

By Harriet Lewis on 8th February 2019